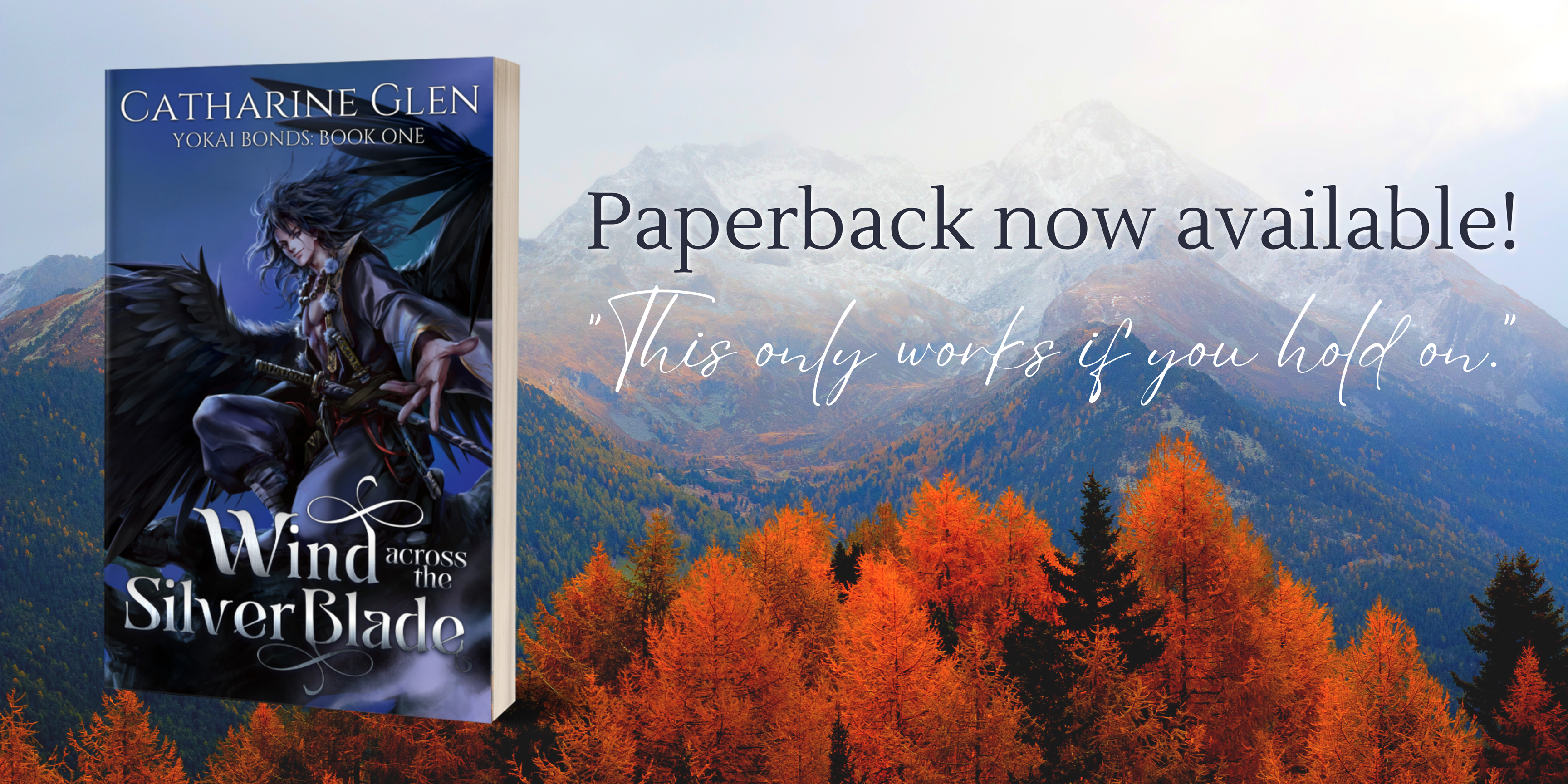 Exciting news! I’m pleased to announce that paperbacks for Wind Across the Silver Blade are now available at Amazon. Yes, you can now have the handsome and captivating tengu Touma right on your bookshelf!

A girl with a hidden power. A demon from the past. A god bent on revenge.

Young noblewoman Yumi seeks a new purpose in exile. But when a dangerous power awakens within her, she is forced to flee once more. Lost in the mountain forest, she discovers a forgotten shrine guarding an ancient secret — and a demon from the past. Drawn into the treacherous world of yokai, can Yumi trust the captivating winged demon — or will he use her for his own ends?

Touma, next leader of the great tengu, wakes from a deadly battle to a human girl tending his wounds — three centuries later. Worse, they share a soulbond, an unexpected complication he must resist at all costs. For there is more to Yumi than he initially believes, and their link may be the catalyst of a devastating threat. Faced with the loss of an unreachable past, Touma has nothing left to protect — except the girl with the secret to time itself.

The dangers of Touma’s past lurk in the present, his future irrevocably linked to hers. As their enemies close in, Yumi may be the final hope against an ancient god bent on revenge — or the very conduit for his cause.

Wind Across the Silver Blade is Book 1 of Yokai Bonds, an interconnected Asian fantasy romance series featuring powerful yokai and the brave heroines who steal their hearts. Fans of fated mates, forbidden romances, gods and demons, and time magic will find lots to love in this breathtaking new story.

Wind Across the Silver Blade originally appeared in ebook form in the “Realm of Darkness” fantasy and paranormal romance anthology set, which is still available for a limited time.

Catharine Glen is a romantic fantasy author residing in New England. Her favorite kinds of stories take place in faraway worlds with unforgettable characters, plenty of romance, adventure, magic and the supernatural. (More...)